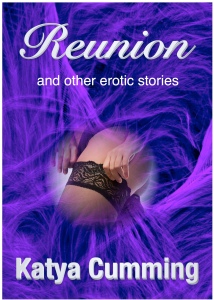 What can you expect to find within the six tales?

1. Reunion – When a beautiful young woman organises the class reunion she produces a video to provide a bit of background on how she’s kept in touch with her classmates over the years.

2. A Family Friend – A young man arrives at a remote house hoping to spend a day and night of wild sex with his new girlfriend … but a man opens the door.

3. Lost and Found – A woman finds she is unable to reach a book on a high shelf in a store. Another female customer lifts it down for her and then suggests that they know each other.

4. Brotherly Love – An older step-brother gets to know his half-sibling a bit more than either of them might have expected.

5. The Special Gift – A delectable woman is home alone with her eighteen-year-old step-son who was waiting for a special gift and a night out with his older brother.

6. One Night Stand – It’s fine for a man to have an addiction to one night stands, just as long as he isn’t married … and gets caught.

I’m hoping that my short stories will succeed in more than one way. Entertainment is as always the primary aim. I’d also like to prove that you don’t have to write a novel to create a fictional world with sexy scenes. My third target is to tease you with my short erotica so that you’re tempted to try my longer work. 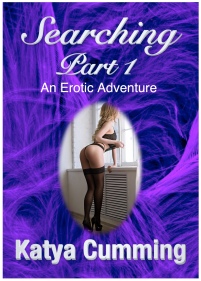 The first part of my new two-piece is now available.

As I said previously, both parts were written together in the early drafts.

The second part of the story is complete but may need a few minor changes so it will not be long in coming … the target publication date for Searching: Part 2 is Sunday 1st March. 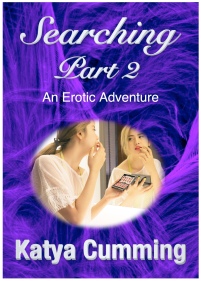 Okay, don’t get your panties in a twist … it may say Searching: Part 1, but Searching: Part 2 will be coming soon afterwards. I did consider them coming simultaneously but there’s enough of that in the narrative.

How can I be so sure that the second book will be coming out so rapidly?

This story encompasses different sub-genres and as the general idea unfolded over months of steady writing I realised it was heading towards one big story. On closer inspection, it occurred to me that there were different ways of looking at this issue. I could plough onward until it became an unwieldy and tedious tale, or I could find the ideal point and give it a snip … keeping it as one story, but told in two parts.

The narrator is a writer and is in effect admitting, or ‘confessing’ how things evolved for him but by word or deed, he prompted some of the incidents to take place. At the same time as living his new life, the main character is writing a story which is featured within the main tale, and in this, he tells of a young man in similar circumstances to himself. 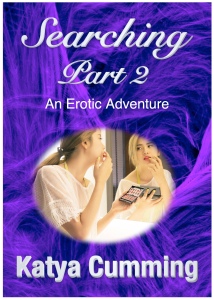 Yes, it’s effectively two stories for the price of one if you want to look at the value for money aspect.

I aim to produce Searching: Part 1 within the first week of February 2020, and then about one month later I’ll be publishing Searching: Part 2. At the present time, I have no intention of it becoming a trilogy, but once these naughty boys and girls get a taste for the unusual there is no stopping them.

If I were to receive reviews or contacts told me they’d like another episode, I’ll be happy to deliver.

Until the publication of Searching: Part 1 … keep your powder dry and your gel slippery.

Maid for Pleasure is my latest offering which takes the reader on a behind the scenes journey with a character starting out on a new lifestyle.

In this story, a young man is lined up to be made redundant and lose the room he rents. Right on time is an opportunity for him to consider … which will depend on his honesty, and to a certain extent on his willingness to be obedient.

How far will Simon be prepared to go for the delectable Harriet?

My fifth naughty tale, His & Hers is now out there on Amazon ready and waiting for you. Once again I’ve taken a theme which allows the characters to explore crossdressing, feminisation and domination. Of course, where would those subjects be without a bit of curiousity …

Whether you’d like to imagine being a ‘fly-on-the-wall’ or one of the characters, it’s totally up to you, but however you read into the story, my one hope is that you’ll be entertained.

Reviews are always welcome, so if you get the urge … just go right ahead.

Here are the links to zip you straight to Amazon:

For the benefit of any of you lovely people who are enjoying my stories, the characters of the sixth novel is well developed, as you’d expect, and Home Maid should be published by December 2019.

Are you a guy who has fantasised about crossdressing, or perhaps you’ve tried it and want to go to the next level?

How far would you go with your feminisation? 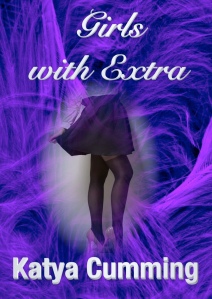 Would you feel strongly enough to want to lose that extra appendage that maintains your male designation?

In Girls with Extra, we find out what could happen to a guy who has experimented with the idea of crossdressing, but things went wrong and he decided to leave his old life behind. Going to another country to start again alone might appeal to some, especially if it means they can indulge themselves in a bit of dressing-up.

Martin finds it isn’t so easy to just walk into a department store and buy delicate feminine lingerie, but a recent acquaintance comes to his aid and Martin’s life blossoms. Actually, his life broadens to the point where it becomes two lives, and that’s just the start.

Feminisation was always simply a phrase to the man in this tale, but he is to learn that it is one further step along from his increasing desire with his crossdressing fetish.

Getting together with somebody who shares his sexual interests had always been one of those secret ‘dreams’ for our Martin, but it took his new start to awaken deeper desires that he had never admitted—even to himself.

Will those fanciful ideas become a reality?

Here we have somebody who is not so much living the dream, but living the fantasy.

Like my other titles, this is a proper story, not a list of sex scenes covering a few pages.

Here are the links to either preview or buy the book.

My next tale is a novella, but at 47, 000 words it’s a decent length. I know size is important to some of us, and what better than something just long enough with plenty of meat on it?

Tiffany, The Mistress, is the owner of more than one establishment, plus of course, she’s gorgeous so pretty much anything she wants—she gets; including information. One of her businesses is a club, and the other is her combined investigation agency and corrective training centre—T.I.T.S.

T.I.T.S., or Tiffany’s Intimate Training Services is not somewhere a guy wants to end up, but so many men go spreading their wild oats when those days should be over—for example, if they’re married. By the time they’ve spent a few days with T.I.T.S. their lives have been altered, and they’ve seen the error of their ways.

If you like to see a bit of cum-uppance be sure to watch out for this title. There is sex and because it seemed right, there is a plot. Well, it is a story.

Target publication date is 18th April, but The Mistress might come earlier …

My second book is a novella and features a small cast. I’ve already learned if you want an intimate story, activity with fewer participants will help.

The Woman Next Door examines what happens when a married couple moves to a remote community in rural Perth, Scotland. To be more accurate, the story features the antics of Brad, the husband, who takes a keen interest in the life of their nearest neighbour.

Natasha, the attractive dark-haired woman who lives a short distance away is seemingly unaware of being watched through binoculars—but is she unaware or teasing?

Brad is unable to resist and gets close—too close as things turn out, and he gets caught. Life is set to change for the inquisitive man who seeks more excitement.

My debut novel, Neighbourhood Watch has been out there in the big wide world for a couple of weeks now. It’s selling well, but like most erotica authors I might have to wait a while for reviews.